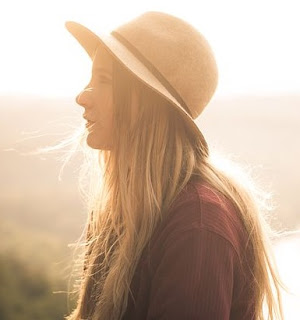 Source? It came from the stores on Elysian Dawn
Significance? Marianne’s first encounter with sunburn prompted Moon to recommend a hat
Fate? Marianne would have worn it for years
Author’s inspiration? Hats are things people living in controlled environments wouldn’t use
Appeared in? The Silvering

The hat felt odd too, but she went out quite cheerfully, carrying similar garments for Jeremiah.
The ship-born inhabitants of the starship Elysian Dawn had never lived anywhere else and their knowledge of life on their home planet was kept deliberately minimal and out-dated. Even the original passengers had been in the ship for nineteen years when it crash-landed on the planet they named Elydia. Marianne, Jeremiah and Edsen, the first to set foot on the planet, spent a while exploring. Only Jeremiah had ever been outside the ship before, having embarked as a small child.
They returned to the ship and slept, and when Marianne woke…

Her face and arms felt tight and sore, which she supposed was from bruising and crying.
Marianne saw Jeremiah in the morning light.

…she saw his face was reddened.
“Does your face hurt?”
“Yes. Does yours?”
“Yes, and it feels hot.”
“Maybe it’s something in the air outside. Maybe we shouldn’t go outside again.”

She later went to Moon, the healer, who identified the problem.

“Moon, my face and arms are sore. Jeremiah’s the same, and Ed was when I saw him. We wondered if maybe the water did it? Only it seems to be just where the warm light hits us.”
“Sunburn. Oh dear, I should have thought about that. None of you ship-born have any concept of the damage sunlight can do to your skin.”
“Can we do anything to fix it?”
“You can find aloe vera leaves if there are any left growing. Dab the juice on the sore parts and cover up before you go out again. You’ll all need long sleeves and hats…maybe we have hats in the long-term stores. Go and look. They’re round like shallow bowls, and they fit on your head and shade you from the sunlight.”
Marianne went to the store level, passing members of the human chain. By now, she was used to the strange sensation of walking on what used to be a wall.
She returned, a good while later, carrying long-sleeved garments and the things Moon called hats.

Marianne found the hat odd, since she’d never had cause to wear anything on her head. She was still wearing it when Ambassador Jameel Singh from the rescue ship Indira, showed a photo of her to Dr Dorotea Suchet, concerned by the way Marianne’s skin looked.

Doctor Suchet leaned in and examined it. “She looks unmodified. It’s difficult to tell with that hat shading her face and that outsized shirt. What makes you think she might be genetically altered?”

Jameel was quite used to headwear since Shiva, the planet he’s lived on most of his life, had such a fierce sun no one went out without all-encompassing robes and a hood. He wasn’t so used to people whose skin shone silver in sunlight.

Marianne's hat appears in The Silvering, book 2 of Elydian Dawn. Book 3, New Dreams, will be out soon. http://elydiandawn.weebly.com

The goal for 2017 was to write a post a day profiling the background behind one of my books; how it came to be written, what it's about, and any things of note that happened along the way. 2017 is well behind us, but I ran out of year before running out of books. As of June 2018 I STILL hadn't run out of books, but many of those still to come are MIA by which I mean I don't have copies and remember little about them. There are more new books in the pipeline, and I'm certainly showcasing those, but in between times, I'm profiling some of my characters, places and objects. Thank you so much to everyone who's come along on this journey so far!
Posted by Flora at 11:18