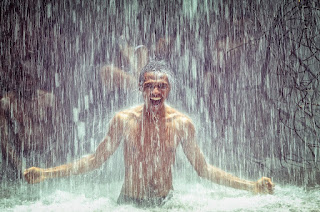 The Waterfolk, who term themselves maids and lads, are like the treefolk in their taste for short names. Unlike the treefolk, they don't use surnames or clan names. Some of them choose classical names from Greek or Roman mythology, but whether they take them directly from that source or from some intermediary source is not yet established.
Hector and Poll are two who have classical names. (Poll's full name is probably Pollux.)  Then there are Niss and Plie. Niss is another classical name and Plie is a French dance term. Lilla uses a modified version of Lily.
Hector and Lilla have a daughter named Kin.
Another family group includes Tia and her granddaughters Sha and Mari. 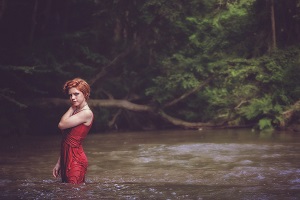 Fee is a boisterous redhead, and Hula an elderly water maid who appears in the short story Feeling the Waves.
Janus is another water lad with a classical name. Then there's Tam,  who has six children, none of whom is fully waterfolk, but all of whom have waterfolk-style names. Tam's children are Tane, Becca, Whim, Rye, Finn and Lee. Kishie, a pixie maid, has a "water grandad" so it's possible her name is also following the waterfolk mode.  Ku is Hector's mother, but we haven't met her yet.