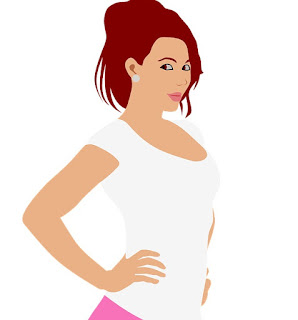 Source? Jessie-Lou assumed it for her 1960s-themed Year Ten formal
Significance? It defined Jessie-Lou’s personality and attitude, and it also provided Cat Mahal with a cue for describing someone else’s hair
Fate? It flopped down after a dip in the swimming pool
Author’s inspiration? It seemed the kind of thing Jessie-Lou would wear
First appearance? The Peacock’s Pearl (2016)

Cat Mahal, ethical witch, seventh-daughter-down, student at Caroline Court College, daughter, grand-daughter, and unofficial apprentice to kind-of-dead Elizabeth, had two best friends. Neither of them (as far as Cat knew) had any idea she was a witch or anything but their friend Cat Mahal who had a vague scientist for a mother, no visible father and a wonderful cat named Tish-Tash, but Cat loved them because they supported and completed the human side of her nature. Being with Sara and Jessie-Lou (and sometimes Sara’s superior brother Brendan George) gave Cat a mental break from witch-biz, and from worrying about her mother and kind-of-dead Elizabeth. Cat’s mother Cordelia chose to ignore witch-biz, but that was utterly different from being genuinely unaware it existed.
Sara Court was tall, fair, willowy, elegant and effortlessly aristocratic. Cat admired her aesthetically as well as finding her personality unabrasive. Jessie-Lou Bunby was small, curved, earthy, energetic and talked a mile-a-minute. She described herself as a pocket rocket, flirted with delivery boys, and wore outrageous clothing and false eyelashes. Cat, who spent so much time flying under the radar, admired her out-there personality and enjoyed her affectionate nature.
It was Jessie-Lou, inevitably, who dressed up for the Year Ten formal in full late-sixties go-go dancer regalia with white go-go boots, a mini the length of a cake-frill, thigh-high fishnet stockings, false eyelashes, pale lipstick and enough eyeliner to sink Titanic. She also sported the beehive, built up, backcombed and lacquered into place.
She looked amazing at the formal, but Cat recalled the way she looked two days later…

It reminded me of the way Jessie-Lou Bunby looked when I met her down at the local pool centre two days after our Year Ten Formal. She’d had her hair piled up in a 1960s back-combed beehive (the theme was Swinging Sixties which is why I wore that silver mini). Anyway, the beehive was falling down and messy. I asked her why she hadn’t brushed it out and she said her mum said her hair would fall out if she left all that lacquer on and she’d said that was so not true, and so she was leaving it on to prove her point.
Jessie-Lou is like that.
Jessie-Lou rules.
She’d rather be bald than brushing-‘cause-Mum-said-so.
Mind you, after a dip in the pool it all flopped down anyway, so the theory became, as Elizabeth might say, moot.

Cat goes on to describe the hair-do this reminds her of, which is one sported by Elizabeth back when she escaped Beckingham Castle in 1815

This girl in the flash [later identified at the teenaged bride-to-be Elizabeth after her fiancé died] I saw had hair like that; hair that was styled and then left to go feral. She was balanced on a window ledge of a castle. I swear, apart from the feral ringlets she looked just like the heroine on the cover of those vintage gothic paperbacks Grandma gets from the Swap-Shop.

Jessie-Lou’s hair presumably went back to normal after her dip in the pool, though what normal meant with Jessie-Lou wasn’t easy to tell. Since she sometimes worked at her mum’s hair salon and took part of her pay in products, it was probably creatively coloured and put up or down in a variety of OTT styles.

Jessie-Lou’s beehive appears in The Peacock’s Pearl and is quite likely to turn up in later books in the series.