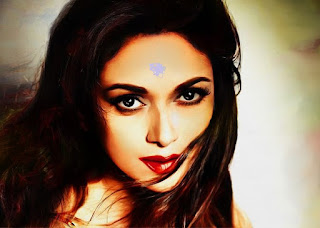 Source? A Provost fixed it to Meera's forehead when she was a baby
Significance?  It is visual proof of Meera's Citizen status, but also allows the Provosts to monitor her
Fate? It was removed during the events of New Dreams
First Appearance? Elysian Dawn
Author's Inspiration? A variation on the bindi


As one of the first Citizens of Shiva, Meera Singh was of great importance to the Provosts, the Terran regents of that planet. Female Citizens wear a shindi, a sparkling silver disc set in their foreheads. It is made of crushed Shivan diamond, and stores and transmits information. Meera sees the shindi as an honour.

“I am granted the right to wear the shindi on my forehead as a mark of my status. As a Shivan, I have no need and no desire to leave this planet. If I ever did, my citizenship would be rescinded.”


She shivered and touched the shindi on her brow. It was perfectly round, glinting with the sparkling gems known as Shivan diamonds.

Male Citizens such as Ram Chatterjee, wear their shindi on their right cheek.

Meera's mother Diya has mixed feelings. She is pleased with her daughter's status, but she sees the shindi as a symbol that Meera belongs more to the Provosts and Shiva than to her family.

In solidarity with her daughter, Diya had taken to wearing a traditional bindi herself. Its red hue signified her status as a married woman, but Meera’s was a permanent adornment, attached by the Rose Provost when she was a babe in arms. Diya herself had worn earrings since babyhood, and she supposed the affixing of the shindi was no more barbaric than shooting a metal bolt through a baby’s tender lobes, but it still went against her grain that she was not consulted or allowed the right of veto. With the shindi glittering in her fine coffee-dark skin, baby Meera was marked apart from her family forever.


You can read about the shindi in