Source? Hamish’s love of food, fishing and the loch on his native braelands
Significance? It allows him to enjoy these things and is also a small matter his friend Gervais mentions to entertain Flori Alexandris
Fate? He still has it and uses it at need
Author’s inspiration? It fits his character and although I’ve never had one like Hamish’s, I have often enjoyed outdoor cooking over a fire when I was young 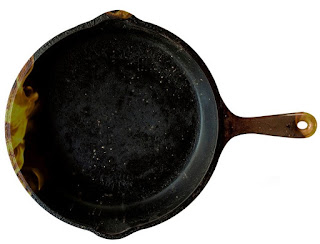 “If you want to see the mani at work, ask him where he keeps his frying pan.”

When Flori agreed to accompany the fairy men Gervais St Clair and Hamish McTavish for a holiday at the bothy she was unsure what to expect. She knew there would be no internet service, no electricity, no cars and not so much as a working phone, but she was unprepared for just how different it would be. For one thing, Gervais and Hamish each had a second self, a manifestation, which they claimed was more or less the personification of what they might have been had they been born several centuries ago. Gervais’s was a very courtly knight whom Gervais viewed with some apprehension. As he said to Flori, “I usually keep him well contained, but we do have tastes in common. We’re both fond of roses, for example, and therefore your first name resonates with both of us.” [Her name is Floribunda Rose Alexandris.] “He would be wooing you in a most amorous fashion and chuntering on about honour if I let him loose.”
Hamish’s second self was a wild and hairy highlander. As Hamish described him…
“He’s a highland clansman, and not so different from me, so Gervy says. A bit more rackety, a bit louder, a bit inclined to play bagpipes and howl in the heather. He lapses into the Gaelic at the drop of a haggis, and he has a bright eye for the lassies. He’s what I might have been had I lived three-four hundred years back and not been so civilised.”
Most of the time these secondary selves were kept under wraps, but as Flori discovered, some of their attributes were present even in the everyday versions.
The two men were friends almost from birth, but Flori hadn’t known them long when they invited her to visit their homeland.
Gervais’ home over there was up at the courtlands. He didn’t take Flori there because he said it was infested with his sisters who would want to see what “the child” (as they called him) had brought home. Hamish suggested the bothy in his native braelands. He had three brothers, but his position of second eldest meant they’d be less likely to be interested in his business than sisters might have been.
Hamish and Flori went fishing at the loch, and then Hamish went to prepare the catch, leaving Flori and Gervais to talk.

“He’s stuck with me through all sorts, well beyond the call of childhood friendship. I suspect I’d be dead if he hadn’t been there to pull my chestnuts out of the fire during one adventure. I’ll never be able to repay that favour.”
“It’s not a contest.”
“I didn’t mean it like that. I mean if the mad Scot McTavish manies out over there the worst he’d get is arrested for disturbing the peace. He’s rowdy, rackety, and mad as several March hares but he’s not violent. I’ve never seen either version of him raise a fist in anger.”
“Unlike you?”
“Oh, he told you about that?”
“Only in the briefest terms. He said you knocked down some squaddies. He also said you gave them fair warning.”
“They made a mistake. They didn’t make it again… 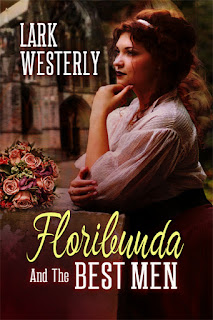 …I trust Hamish with all my heart. And here he comes with the fish. If you want to see the mani at work, ask him where he keeps his frying pan.”
“Where does he keep his frying pan?”
“Bless you, even he doesn’t know that, but when he’s ready to lay in the fish, there it will be.”