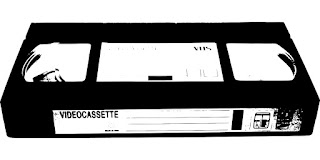 Source? Alia taped it from TV
Significance? It was the beginning of Project Taff
Fate? By now, Alia and Jules would be grown-ups, but it’s just possible Alia still keeps it for sentimental reasons
Author’s inspiration? I’ve seen my share of fuzzy videos…
First appearance? Court in the Act

On a rainy winter Saturday Alia Singh and Jules Raven got together in Alia's rumpus room to watch a fuzzy video about a signing chimp.
Alia turned on the ancient television and pushed a video into the VCR. She hit the 'Play' button by hand, because the remote didn't work any more, then sat cross-legged on the floor to await results.
Three white lines appeared on the television screen.
“Haven't you had it fixed yet?” asked Jules.
“Nope,” said Alia, “it's unfixable, Jamal says.”
More white lines fizzed across the screen, and they waited patiently.
“There,” said Alia, “the good bit's starting now. Watch that chimp. Oh blast, it's rolling again.”
Jules got up and fiddled with the TV, trying to steady the picture, but it wasn't much good. 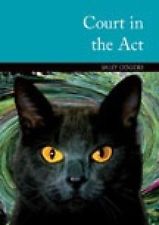 It was the subject of the video rather than its fuzziness that was the point, because watching a signing chimp got this inquisitive and inventive pair thinking about animal-to-human communication. Alia opined it was unfair that the animal had to do all the work. How much better if she learned to communicate like an animal!
Their efforts led to limited success and also to a frightening courtroom where their bacon was saved by an unexpected advocate.
Alia, Jules and the fuzzy video appear in Court in the Act.