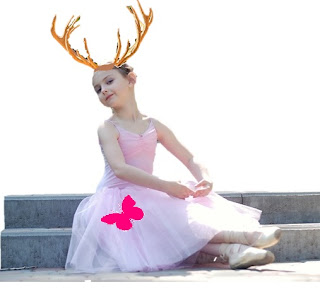 Source? Who knows? Where do children acquire these odd things?
Significance? Children of Tash’s age often enjoy accessorising and surely no one but a child of Tash’s age could countenance antlers with a tutu. The fact that Zach Rowan can mention them with confidence suggests he sees quite a lot of his step-niece
Fate? Probably jumbled up in the bottom of the wardrobe
Author’s inspiration? I’ve seen these monstrosities. On adults. The mind boggles
Appeared in? Man Overboard

Zach Rowan had a horror of dating mothers and aunts. This stemmed from his work as an early childhood teacher. He loved teaching kids, but he definitely didn’t want to encounter one of his dates across her daughter’s or nephew’s finger painting. When he developed an interest in Jin Peckerdale, he asked her if she was an aunt. She said she wasn’t and asked if he was an uncle.
Zach, showing a shocking disregard of double standards, happily admitted that he was—in the manner of speaking.

“My stepbrother has a five-year-old named Tash. He calls her a feral ferret in a tutu.”
“What does she look like?”
“It’s hard to say. She’s little and lively. She’s always wearing antlers or butterfly bows or a blinking bow-tie. She’s pretty special.”

What Nik Vasiliev actually said about his daughter during a discussion on Zach’s job was this:

“Tash is a feral ferret wrapped up in a tutu. That’s why I know I couldn’t hack fifty of them.”
“Twenty-three. And you know you’re really a certified doting dad.”
Nik’s broad Slavic face relaxed into a surprisingly sweet expression. “Ssh! Make that certifiable. Anyone can have a cute kid. Takes me and Yulia to have a feral ferret.

Most likely both dad and step-uncle maligned Natasha Vasiliev. She was a perfectly normal five-year-old girl. Probably. She did know how to inspire devotion in her male relatives, because Zach claimed to remember attending a unicorn party at which five candles adorned a cake.