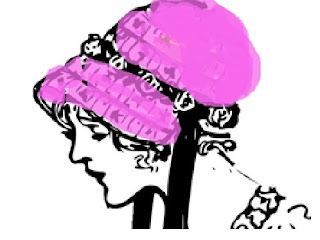 Source? Probably imported from England
Significance? O’Halloran’s description of it was enough for Anna to identify the probable wearer
Fate? Jane would have worn it for at least a couple of years, and probably retrimmed it more than once
Author’s inspiration? I wanted to make Anna’s mistress go against type
Appeared in? Anna’s Own

“It’s a woman, Mrs Kelly. No better than she ought to be, if you’re wanting my opinion.” Her face pinched up. “Well into middle age, she is, and wearing a bonnet fit for one of they fashion journals. And sooch a colour, too.”

After Anna Bailey was transported to Van Diemen’s Land, she served her sentence in the employment of Jane Colby. She stayed on after gaining her freedom.
Married and living at Kelly’s Castle with her husband Mad Jack, and expecting a baby, Anna was delighted when Jane came to visit her.
Jack was away and had told Anna and her dour maid O’Halloran to be careful of strangers, which was why Anna sent the maid to see who was coming up the road.
Jane loved bright colours, favouring green, cream and yellow… and pink. 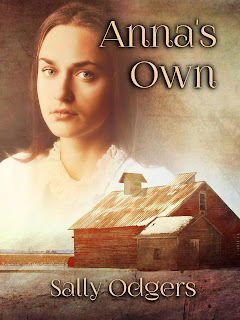 “Oh, I do hope so!” said Anna. “Bring the buckets, Ruby, and come down to the house.” She picked up her own skirts and made her way down the hill, as quickly as her ungainly form allowed, to meet Jane Colby. “Ma’am!” she cried. “Oh, it is so good to see you - but where is the master? Is all well at Sherwood?”
Jane straightened the outrageous ribbons of her capote hat. “Anna,” she said smilingly, “how very good it is to see you again my dear."

Jane’s “bonnet” was actually a capote hat, and to Ruby, a widow who persisted in wearing black at all times, the colours were startling.