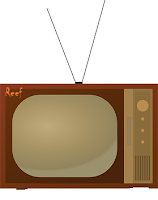 Source? A construct of the Outback
Significance? One of the symptoms of the virtual 1966 and the ostensible reason the
television wouldn’t work

Fate? Absorbed back into the Outback’s substance until or unless needed again
Author’s inspiration? I remember these in use
Appeared in? Pride Bridgeover-Sundown

***
'On the blink again?' said Lasseter, without apparent surprise. 'Twiddle the rabbit ears a bit.'

In 2027, Glen Steele borrowed his sister’s car for a trip down the Outback Highway. At some point, he drove out of reality and ended up in surreality—in a place called the Outback. Here, time was curiously fluid and Glen was confronted by a bewildering number of people, creatures, symbols, icons and peculiar events. Staying with Johnny Lasseter, who ran Never-Never Station in the Outback version of 1966, Glen noted something odd on a shelf.

…a box with two long metal antlers reaching for the ceiling.
Glen looked at it uncomprehendingly for a few seconds, trying to match it against pictures in his memory.
'That's a – a television set, isn't it?' he asked tentatively.
Lasseter beamed at him.  'That's right!  All mod cons provided. Got it for Goldie—something to keep her entertained while I'm out on the station. Have a closer look if you like.'
'May I?'
'Be my guest. Ever seen one before?'
'Not like that,' said Glen truthfully. (Amazing, how his voice could be so steady with that cold stone of dread sitting in his chest.)  'At least, I haven't seen one working.' He hesitated, wondering whether he really wanted to know. 'Could I possibly turn it on?'
Lasseter was happy for Glen to turn on the television but then…just about everyone in the Outback agreed to be helpful, but that help somehow never materialised. He turned on the television, but got nothing but snow.

'On the blink again?' said Lasseter, without apparent surprise. 'Twiddle the rabbit ears a bit.'
'The - ?'
'The rabbit ears,' repeated Lasseter. He indicated the metal antlers attached to the top of the set.  'Those things.'
Cautiously, Glen took hold of one of them and moved it slightly. As soon as he touched the metal, faint grey shadows swam from beneath the static. Hopefully, he waggled it a bit, but although the shadows shifted, waxed and waned, none of them condescended to translate itself into a picture.
'Oh well,' said Lasseter.  'Looks like we're out of luck tonight.'
'Can't you fix it?'
'Not a chance,' said Lasseter.  'The reception might be better tomorrow.'
Glen sincerely doubted that.

Glen found Johnny Lasseter in a different guise when he was dumped in the Never Never Station of 1925.

Glen went out on the porch and watched the uncaring stars. At least they stayed the same. Maybe if he stood there long enough the Outback would pull another switcheroo. He'd go back inside to find Goldie and Lasseter, circa 1960s, cosily watching their rabbit-eared television. Or else, he thought with creeping pessimism, he'd find a pioneer couple from the 19th Century. He definitely didn't want to end up in the 19th  Century. Or worse.

He certainly did end up in the 19th Century… and in worse… before the Outback had finished its games.
The rabbit ears, so maddeningly familiar to would-be television watchers in the 1960s, were a mystery to Glen. They were just one more of the frustrations the Outback served up to its victim. 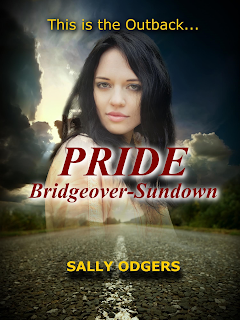 The goal for 2017 was to write a post a day profiling the background behind one of my books; how it came to be written, what it's about, and any things of note that happened along the way. 2017 is well behind us, but I ran out of year before running out of books. As of June 2018 I STILL hadn't run out of books, but many of those still to come are MIA by which I mean I don't have copies and remember little about them. There are more new books in the pipeline, and I'm certainly showcasing those, but in between times, I'm profiling some of my characters, places and objects. Thank you so much to everyone who's come along on this journey so far!
Posted by Flora at 07:54