Source? Presumably she bought it from different sources
Significance? It shows a certain lack of cohesion in taste and a lack of interest in what anyone thinks of her
Fate? She would continue to use them just because
Author’s inspiration? It was the 1980s, the decade of shoulder pads, big hair, boxy silhouettes and plastic
Appeared in? The Ghost Collector

The guest had a small overnight bag in black vinyl; a shoulder-bag in grey suede, and a briefcase in green leatherette.

LLL Jonesbury arrived at the Haunted Guesthouse as Uncle Anderson’s guest. Melinda, ignored, (even Uncle Christopher’s girlfriend Sarah got a nod) was much less impressed by the lady than her forty-year-old bachelor uncle was. She noted several unfavourable things about her, including the mismatched luggage Vinyl. Suede. Leatherette. Black. Grey. Green. What was the lady thinking? Come to that, what was I thinking? Um… It was the 1980s. I vaguely recall the editor asking me at the time what was implied. Did I mean, asked the editor, that the woman has no taste at all? Indeed, I did. Maybe. Probably. I’ve always remembered the comment, anyway.

LLL Jonesbury, whom Uncle Anderson knew as Louisa, blandly signed her name in the guesthouse guest book, using the same name as the one on the letter from The Society for Accuracy in Advertising, which had recently arrived to challenge the veracity of the Uncles’ claim that the guesthouse had a ghost in every room.

“Coincidence,” said Uncle Anderson when Melinda drew this to his attention.
“Not at all,” said LLL Jonesbury. “But you have nothing to worry about, have you?”

The smitten Uncle Anderson showed every sign of going over to the enemy, but Melinda was made of sterner stuff. As for LLL… if she was really as charming as Wendy Corbett’s picture implies, then no wonder Uncle A was putty in her capable hands. 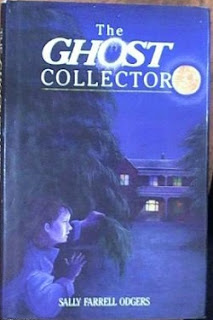 Email ThisBlogThis!Share to TwitterShare to Faceboo