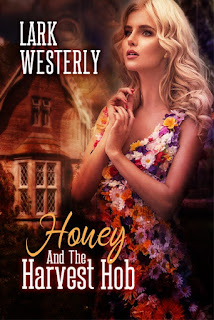 The Vouch-Safe office isn’t what you’d call imposing, but that’s partly because it likes to fly under the radar. It's situated in an anonymous-looking building with a large private car-park underneath. It is less-used these days, because the business has now gone largely mobile and digital.
The company was begun in the late 1990s. The directors keep themselves to themselves, but one of them, a largely silent partner, is Geraint Trip, a hob man who chooses to live mostly over here.
Mr Trip has a Victorian two-storey house which he’s converted to suit himself. It has a large studio upstairs, and also a suite which allowed him to rent out the ground floor. These days he’s in his late fifties, living with his wife Mary and their daughter Amaryllis. He still keeps an eye on Vouch-Safe though. He calls it taking an interest. His stepdaughter Linda calls it being manipulative, as usual. Linda means no offence and Geraint takes none. He’s well aware of his proclivities, and he’s determined Vouch-Safe will continue to espouse the values by which it was founded.
Vouch-Safe, as the name implies, offers vouchers for everything from a dinner to a fully-featured holiday. These can be purchased as gifts or for oneself. Unlike other voucher companies, Vouch-Safe will never tell clients where they might be going, although the experience can be at least partly tailored. Vouch-Safe has agreements with different properties, one of which is the Flannigan House Boutique Hotel. Another is a honeymoon cottage. Yet another is the yacht Tulpenmanie, although that’s available only for short term experiences. There’s a café restaurant called Fete de Fees, and another called Fee Kaffee. Occasionally vouchers are sold for gifts from providers such as Skye Bakewell’s Skymaid Designs and Tane Pendennis’ Pisky Waters jewellery.
Clients nominate a pick-up point, and one of the Vouch-Safe vehicles comes to collect them. The drivers all wear a relaxed version of uniform, with light blue shirts or jackets and jeans or shorts. They usually wear caps and/or eye-wear. They are polite, friendly, and impervious to questions. They are also curiously anonymous, such accomplished actors that despite them never wearing disguise, it would be quite possible for them to drive acquaintances without being identified. Close friends would know them, but they make sure such friends are driven by somebody else.
The vehicles are all set up with opaque windows or screens, so passengers cannot see out, and the routes taken aren’t always direct, which helps maintain the air of mystery. When the company started, this was sufficient, but since GPS became a staple in phones, guests are now asked politely to surrender these as they enter the vehicle. If they don’t, it’s likely the network will mysteriously go down.
Most of the drivers are fay or halflings, and many of the properties are fay-run. This isn’t compulsory, but Mr Trip and his fellow directors just feel more comfortable that way. Drivers have equity in the company and can choose which shifts they work.
One of the drivers, Linda Pendennis, has been driving for Vouch-Safe for a couple of decades. Next year, Vouch-Safe plans to expand into other areas. Derry Warrener, whose brother and sister-in-law run Flannigan House Boutique Hotel, is about to start travelling to vet possible properties. His fiancée Mab intends to go with him. She loves the idea as, after all, they met when she was the recipient of a weekend voucher.