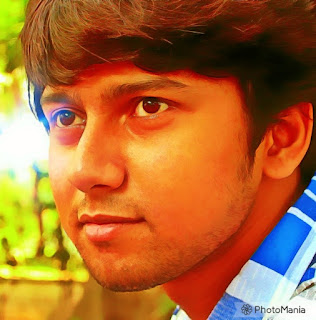 Jameel Singh was the son of Dev and Diya Singh. He was born in New Delhi in around 2250. Jameel was a loved and happy child, but his mother fell into depression when a governmental edict removed her chance to have a daughter to add to her family. Dev pitted everything they had on a chance to live in a new society on the newly settled planet of Shiva where he and Diya were welcomed and positively encouraged to have another child.
Jameel's little sister Meera was one of the firstborn of the Citizens of Shiva, and right from the start Jameel was taught she was special. He accepted that she had better opportunities than he, just as he accepted a job far below his capabilities when he left school. It was only when he fell in love with Tanvi, a visitor from New Delhi that Jameel thought clearly about his situation. Still, he was sensible enough to know there was nothing to be done about it. Meera was a Citizen and he was not.
Jameel was an optimistic young man, intelligent and generally contented. He looked forward to marriage and raising a family. He was annoyed when his sister volunteered his services for a rescue mission just as he was about to leave Shiva to visit Tanvi's family, but he accepted it just as he had always had to accept such matters.
Having a great capacity for affection, (even for his imperious sister), Jameel was friendly and helpful to the stranded orphans of Elysian Dawn. He saw his future path broadening and branching but his loyalty to Tanvi meant he would discuss matters with her before making a decision.

Jameel Singh appears in Elysian Dawn, and The Silvering.  You can read more about the series at the Elydian Dawn website here.