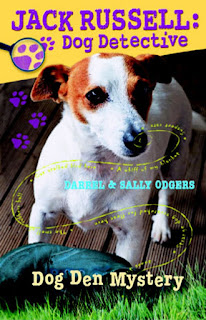 I've been playing with the first 100 words of some of my books. To avoid cutting off in the middle of a sentence, I'll go to 100 and then add the rest of the sentence in question. Here's the opening hundred of Dog Den Mystery.