Blessed is a grey mare. She lives among the Connemara ponies in Erin a' Fee and is considered to be one of them, although she is much taller. She is actually a kelpie, or at least she has a kelpie manifestation.
Ancel de Libre meets her when he visits Erin a' Fee. He is a horse charmer, and is surprised when Blessed is unimpressed. She is accompanied by a cream mare whom Ancel thinks (correctly) is her daughter, but whom she is trying to drive away. When Ancel tries to mollify her with gingerbread, a grown colt appears; her son. She is also irritable with him.
Ancel is told that the young mare and colt are Blessed's foals by a cloud-stepper. He is invited to take them to his home island to prevent more trouble. He does so, but promises Blessed they'll come to terms one day.
Later, Ancel encounters Blessed again. She is more friendly, so he decides to try riding her. She proves a responsive mount, and he's enjoying himself until she suddenly bolts with him and goes down into a lake. Ancel expects to drown, but he doesn't. He realises Blessed is a kelpie. She takes him all the way to the courtlands, at which time the cloud-stepper discovers them and pursues Blessed. She teases him by jumping over the cliff into the sea. Ancel gets off just in time, falling on Suzette Skipton, who was out on the cliffs.
After a while, Blessed reappears, and this time she allows the cloud-stepper to catch her. The result is a golden filly foal which Ancel sees is a kelpie like its mother.

Blessed is wilful. She hates being thwarted. She is manipulative, letting Ancel believe he has charmed her. She is beautiful and impolite and thoroughly unscrupulous.  Ancel can't help admiring her, but he'd never trust her for a second. 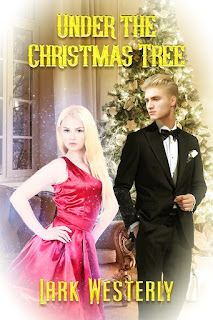