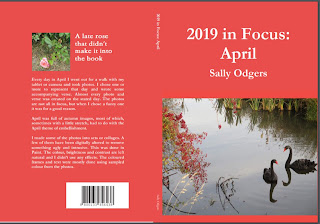 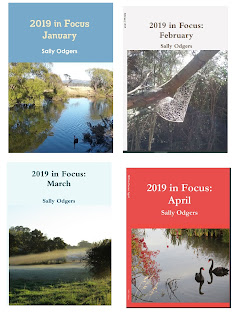 Every day in April I went out for a walk with my tablet or camera and took photos. I chose one or more to represent that day and wrote some accompanying verse. Almost every photo and verse was created on the stated day. The photos are not all in focus, but when I chose a fuzzy one it was for a good reason.

April was full of autumn images, most of which, sometimes with a little stretch, had to do with the April theme of embellishment.

After March’s excesses, I promised a slimmer vol this time and it is… a bit.
It has around 79 poems in it. To the left you can see the four covers so far.