Mary Canterbury was born in Victoria around 1958. In 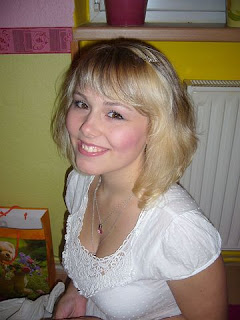 kindergarten, Mary was the kind of child who loves to please. She was a sweet-natured child, a girly girl who was interested in dolls and teddies, and pretty clothes. She had blonde curls, a dimple and soft, long-lashed eyes, somewhat in the vein of a 1960s version on Shirley Temple. Luckily for Mary, she met Rachel Pendennis, and the two bonded over dolls and stoves, nurses' outfits and hairdressing toys.

Rachel and Mary stayed friends right through their schooldays. At eleven, they were still playing with dolls, though by then it was more about making outfits and practising what they called mothercraft. They "adopted" little Grade Ones and acted as surrogate big sisters. Teachers could depend on them and made them monitors. In their teens, Rachel spurted to become tall, with a shock of fair hair and a loud laugh. Mary remained small, and stopped growing at just a couple of inches over five feet. As Rachel was five feet seven, they were a bit of an odd couple, but they continued to share all their interests. They finished high school and matriculated with good marks, and planned to study child care and paediatric nursing. During their last few weeks of school, they met a girl they called Kiwi, a free-spirited hippy who jingled with silver jewellery. Kiwi was fun, and they were pleased when she turned up at their beach party, the last hurrah before their circle of friends scattered for gap years, university, tech college, first jobs or travel. Since it was a bring-a-friend party, there were plenty of strangers, including two young men who knew Kiwi. Mary spent some time dancing with one of them. He was much too tall for her, but polite and gentle. Shandies, firelight, guitar music and party games may have lowered her resistance, but Mary was never sure. The one thing she was sure of was waking up alone, tucked up in a blanket with a small silver pin left for her to find.

Mary, a "good girl" in the parlance of the times, was disconcerted to find she was pregnant, but her parents helped her to keep baby Linda. She registered her child with the surname "Hobbs" since that was the name she thought her one-night-lover had told her. Well, maybe. Rachel's son George was born the name day.

Mary and Rachel deferred their plans for university and set up a hairdressing salon which they called Canden. They shared a flat, and between them, brought up their children. Although they both loved babies and wanted more, they never seemed to find time for relationships, remaining single into their late thirties.

Mary was a contented person with few regrets. Her daughter Linda often disconcerted her. They were unalike in face and figure and especially in personality, and it wasn't long before the strong-minded Linda started treating her mother like an equal. Mary was amused, and let it be. Linda moved into her own flat at eighteen, and Mary and Rachel just went on running their salon. They belatedly took a few qualifications, but they assumed they would stay as they were until retirement. A few surprises were in the wind, but Mary weathered them pretty well until a bombshell hit her when the determined Linda discovered the identities of her and George's fathers. It could have been a nice topic of gossip for the two friends, but for one thing. Mary's long-lost lover was married with a family, while Rachel's was single. He wanted to see Rachel again, and Rachel was happy to comply.

Soon Mary had to face the disruption of her life as her friend moved happily into romance with George's father. Mary had never had cause to envy anyone before, let alone her soul-sister. Now she did, and felt terrible in consequence. Just what does a heartbroken lady of forty-something do in such circumstances? What Mary found to do was to indulge in a hearty burst of tears in her daughter's kitchen and smash a plate.

Mind you, never was a plate smashed to such fine effect... Mary was on the verge of something far nicer than mourning lost maybes and never-weres.

Mary Canterbury features in Pisky Business .  In her young days, she would look rather like the girl in this picture.

Sally is Sally Odgers; author, anthologist and reader. She runs  Prints Charming Books. (Sally is me, by the way, and I am lots of other things too, but these are the relevant ones for now.)

The goal for 2017 was to write a post a day profiling the background behind one of my books; how it came to be written, what it's about, and any things of note that happened along the way. If you're an author, an aspiring author, a reader or just someone who enjoys windows into worlds, you might find this fun. The books are not in any special order, but will be assigned approximate dates, and pictures, where they exist. 2017 is now behind us, but I ran out of year before running out of books. As of February 18th 2018 I STILL haven't run out of books, but many of those still to come are MIA by which I mean I don't have copies and remember little about them. There are more new books to come, and I'll certainly showcase those, but in between times, I'm profiling some of my characters, just for a change. Thank you so much to everyone who's come along on this journey so far!