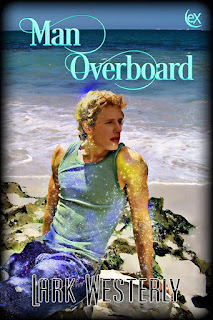 PitchPerfect was a party yacht-for-hire. It was of a reasonable size, and the anonymous owners made quite a killing hiring it out for events. To their credit, they kept PitchPerfect in good repair, and her trademark dazzling white paintwork, picked out in red, was touched up as often as needed.

Some of the parties aboard got rowdy, bringing disapproval from other sailors around the marina. Nikolai Vasiliev, who'd grown up around boats, actually warned his stepbrother Zach not to take the crewing job he was offered for a hen party long weekend. Since Nik had got Zach into casual deckhanding in the first place, this didn't go down too well. Zach took the job.

Once aboard, a steward gave him the hen-party-themed apron and informed him his job, aside from general crew work, had some extra aspects.

Zach dropped the apron over his head and pulled the ties up at the back.
The steward nodded. “Right. Usual job, but you’ll also be babysitting the guests. What they get up to isn’t our affair, but their safety is. Got it?”
“Got it.” Zach wished he’d listened to Nikolai. It was going to be a trying couple of days.

That wasn't the half of it, of course. Riding herd on the bride-to-be (clad in a vast veil with an interesting choice of jewellery) and her French-maid-costumed maid of honour, in rough seas in the dark proved difficult, even for a man used to wrangling lively school children in his other job. Pumping music, strong directional lights and free-flowing booze added to the difficulty especially when the bride abruptly vanished from the railing.

PitchPerfect was well-equipped with life-rings and life-rafts, but in the chaos no one noticed but Zach. There was only one thing for it...

To the captain's credit, PitchPerfect retrieved the floating bride-to-be, and dropped all the available life-rings overboard. She stayed in the area until the official search got underway. After that, the chastened party headed back to the marina, minus one apron, several safety items and a piece of its temporary crew.

PitchPerfect will appear in Man Overboard.