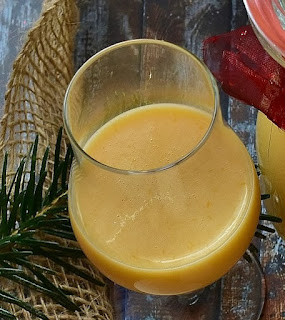 Mab O’Mara was enjoying a solo Easter break courtesy of an arrangement between her elder sister Bess and Bess’ newly-not-single friend Frances. Because it was Mab’s birthday, Bess and her family provided her with a collection of jokey Easter-themed gifts.

Mab turned her attention to the gift bag from Bess and unpacked her birthday luxuries. Out came a carrot-coloured rabbit-shaped bottle of body lotion, a gift from her niece. So she’d smell of carrots. Next came a box of six miniature top-of-the-range silver-wrapped Easter eggs from her nephew. Her brother-in-law’s contribution was a mini bottle of genuine Dutch advocaat.
“Hmm,” said Mab. She’d never tasted advocaat, but she knew it was made with eggs. That figured.

This was all very well, but it was her sister’s contribution that caused Mab the most angst, mostly because it promised satisfaction and failed to deliver.
Some while later, when Room Service had arrived in the person of Derry Warrener, a friendly person who could apparently turn into a rabbit, Mab saw the advocaat as something of a saviour in a world turned suddenly mad.

“I’m not an actual rabbit,” Derry said.
“What are you?”
“I’m a fairy…variety, mutable fay.”
“What’s that? God, I need a drink.”
Derry reached for the bottle of advocaat and removed the top. He fetched a drinking glass from a cupboard she hadn’t even noticed before and poured in a glug of thick liquid. “Room service,” he said, handing it to her.
Mab tried to toss it down, but advocaat is a thick, syrupy liqueur and it wouldn’t toss. She stuck her finger in the liquid and sucked it greedily.
“A mutable fay is just a fairy whose form isn’t stuck,” said Derry. “There are quite a few of us, but most of have a particular sub-type. A Christmas elf is a mutable fay, see, but not all mutable fays are Christmas elves.”
Mab had almost finished her drink by the mechanism of finger-dip and suck, and she held out the glass for more. He handed her the bottle.

Fate, Derry and the advocaat hadn’t finished with Mab O’Mara yet, but she eventually came to terms with the evidence of her eyes. As Derry put it,

“At least, you’ve stopped lapping up advocaat like a demented kitten.”

Mab O’Mara’s bottle of advocaat appears in Horizontal Bunny Hop. Mab herself pops up in Honey and the Harvest Hob and again in Man Overboard.

Sally is Sally Odgers; author, anthologist and reader. You can find you way into her maze of websites and blogs via the portal here.(Sally is me, by the way.)
The goal for 2017 was to write a post a day profiling the background behind one of my books; how it came to be written, what it's about, and any things of note that happened along the way. 2017 is well behind us, but I ran out of year before running out of books. As of May 9th 2018 I STILL hadn't run out of books, but many of those still to come are MIA by which I mean I don't have copies and remember little about them. There are more new books to come, and I'm certainly showcasing those, but in between times, I'm profiling some of my characters, places and objects. Thank you so much to everyone who's come along on this journey so far!