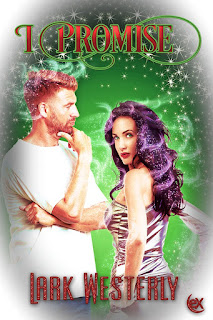 Declarations of love are a staple in fiction and they vary enormously according to author, audience, characters and situation. We mostly think of such effusions as romantic. We hope they're truthful, and we hope (usually) that they'll be made and received in a positive manner. Love's not always romantic though, so not all the declarations in this sub-set will be between romantic partners.

First off the blocks is a dose of brotherly love from Peck Grene to his sister Promise. Peck and Promise were the only children of LeeLee and Mal Grene. LeeLee and Mal grew up together and married young. After thirty years of marriage they were still devoted and tended to live in their own little bubble. They loved their children, but as Prom reflected, they didn't need them. As a result, Prom, at twenty-five, felt she'd never come first with anyone. Since a peculiar incident in her childhood, she didn't think she ever would. When she came home for a rare visit on the occasion of her brother's wedding, she and Peck had a couple of enlightening conversations which made Prom see her usually taciturn and grumpy brother in a somewhat different light. The first was about their parents.


“Do you think Ma and Dad love us?” Prom asked.
“What kind of question is that?”
“A serious one.”
“Don’t be daft. Why wouldn’t they?”
“Because they’re complete the way they are. They live in a charmed circle. They don’t need anyone else.”
Peck said, “They don’t need us, which is just as well, since you’re never here. That doesn’t mean they didn’t want us or love us. It doesn’t matter now, anyway. We’re grown and gone.”
“I’m gone. You’re not gone.”
“I still live here, but I’m not theirs anymore. I’m all Chloe’s.”

This statement implied that, again, Prom came first with no one. A later conversation changed her perspective, though it began with Peck being possessive about his wife-to-be.

"Chloe is mine, and I don’t share. And before you kick me, I know I’m not supposed to say things like that.”
“You just did say it,” Promise pointed out.
“You don’t count.”
Okay. That hurt. My own fault for saying what I did.
“I didn’t mean it like that! I mean I can say anything to you because you’re the only person I’ve ever loved from day one and never stopped loving.”
What? Great bogle! That was almost worthy of an interrobang, so Promise mentally attached one.
Peck went on, “I remember the day you were born. It was exciting because I was hoping you’d come in time for Christmas. You made it with a few hours to spare. You were squalling and covered with icky stuff. Dad wrapped you in a shawl and handed you to me, and you smelled of chamomile. There was a big Christmas tree in the room, all lit with candles and we all sang the tree for you. We’d been singing it ever since Ma and Dad knew you were on the way. And you know what? You were my best Christmas present ever. You were the first person I cared for who didn’t already care for me. That’s why I can say things to you. You’re mine in a way no one else can ever be.” He got up with the agile movement humans apparently found so enviable in pixies, reached over and pulled Promise to her feet. “You can say anything to me, too. Anything. Always. Ever. Okay?”
“That’s about the nicest thing anyone ever said about me.”
“It’s true. And if I can help you with anything, you ask me. You’ll have to ask straight out though. I’m not very intuitive.”


Peck might not have been intuitive, but he managed to say exactly what his sister needed to hear. Prom didn't really understand she had Chloe to thank for this in part. Two years with Chloe had cracked the hard nut that was Peck Grene and encouraged him to express what he felt. That wasn't always a good thing, but in this case, it was.

The excerpts above are from "I Promise", a Christmas novella which will be available in December 2018. This is part of a series, but it has a brief foreword that brings new readers up to speed.
Posted by Flora at 09:46