Declarations of Love Post 7. A Loving Son: George Dark from Tied Up in Tinsel
Declarations of love are a staple in fiction and they vary enormously according to author, audience, characters and situation. We mostly think of such effusions as romantic. We hope they're truthful, and we hope (usually) that they'll be made and received in a positive manner. Love's not always romantic though, so not all the declarations in this sub-set will be between romantic partners. This one is a little boy's love for his dad. 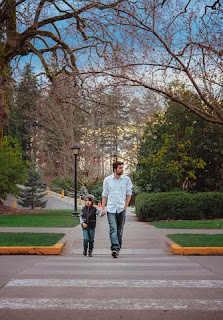 Felicity "Flick" Echo has a Christmas wish to deliver. The recipient is five-year-old George Dark. Flick is about to leave when she realises George is unhappy.

“Wait!”
Flick turned back to see George staring at her in dismay.
“It’s all right, George. You’ll get your present soon, even if you’re not here.”
“But it’s not for me!”
She frowned, puzzled. “You wished for a Christmas present, tied up in tinsel.”
“I know, but it’s not for me.”
“Who’s it for then?”
George gazed at her, and to her consternation, a fat tear oozed down his cheek.
“You can tell me,” Flick coaxed.
George sniffed, and rubbed his eye, then squinted at his hand. “Mummy and Daddy love me,” he announced.
“I’m sure they do.” It wasn’t an empty reassurance. George was so clearly a loved and wanted child.
“They love me a lot.”
Flick nodded. “That’s natural. You’re a lovable person. Your parents must be good people to have a boy like you.”
More tears brimmed.
Flick asked gently, “Why are you crying?”
He gave a couple of sobs and scrubbed his face with the tail of his shirt.
Flick wanted to hug him, as she would any child in distress, but this wasn’t over there, where hugs from strangers were welcome everyday matters. This was a city over here, where children were taught to be wary. As a fairy, this rankled her, but she was in the world of over here, and she had to respect the human culture.
She sank cross-legged onto the sun-warmed pavers and patted the ground beside her. “Sit down, George, and tell me the whole story.”
George sat down, and after a few minutes, Flick was in possession of the facts.
Though George’s parents had always loved him, they had never loved one another. They were just friends.
Friends who had bedded as lovers at least once, Flick decided, though obviously, George wouldn’t use that term. George lived with his mum, Sarah, some of the time. The rest of the time he lived with his dad, Chas. They often went on holiday together, and that always included Christmas in Sydney.
Sarah had married Ajay a few weeks ago. George liked him. Ajay had a son named Ranjeet, who was George’s age. Sarah and Ajay had brought Ran to Sydney to fetch George, and later today they were all getting on a boat. It was going to be just the four of them.
Here, George stalled, so Flick prompted him gently. “Don’t you want to go out on the boat?”
George hesitated, then nodded. He wanted to go. He and Ran were best friends at school, and they went to Joey Scouts together. Ajay was a Joey Scout Leader, and he’d promised to teach the boys to fish. They were going to sail up the coast for a whole week.
“What’s wrong then?”
George scowled so hard Flick knew he was trying not to cry. “Daddy isn’t coming, and it’s Christmas.”


George, a loved child, has learned to be loving and all he wants at this point in his young life is for his father not to be lonely at Christmas.

George, Flick and Chas appear in the novelette Tied up in Tinsel. You can find it HERE but be aware - it's 18+.
Posted by Flora at 15:11