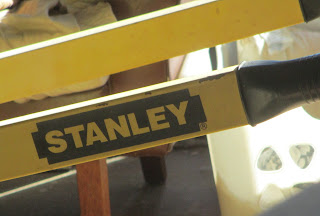 I was sitting in the living room looking for inspiration and I spotted the wheelbarrow with wood in it. STANLEY. I've seen this wheelbarrow countless times, with and without wood, weeds and other wheelbarrowy stuff. Have I ever noted the name before? Maybe. It didn't stick.
So, STANLEY.  Say that in isolation, and to me a wheelbarrow isn't even close to the same association.

Stanley -knife
Stanley - town in NW Tasmania
Stanley - the arts festival that used to be there
Stanley - Baker, the actor
Stanley - Flat Stanley, an old book
My great uncle's name was Stanley, but everyone called him Stan, so he wasn't first on the list
Stanley - and Livingstone, from history lessons

These are my associations with the name/word STANLEY. I'm sure you have others (and maybe some of the same). We are all the sum of our associations, and that's one way I think of my book characters. Major characters have dozens of associations for me, but minor ones have just one or a few... Living with thousands of characters in my mind, and an apparently endless supply of their associations, is it any wonder a wheelbarrow strikes me as inspirational? 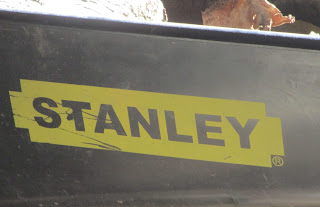