Xanthe and the Seaman 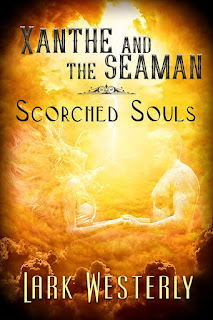 My brand new novella Xanthe and the Seaman is out now! If the cover looks a bit familiar, that's because it shares a cover picture with my July book, Betony Buys Adventure. They're both part of the Fairy in the Bed series and also the Scorched Souls collection. I've been a bit curious about the seamen ever since I mentioned them, in passing, in Honey and the Harvest Hob back in 2017. Now one of them is a major character. Another one appeared in Betony, but he wasn't always a seaman. Mor, the hero of Xanthe and the Seaman, is. He's one of the oddest heroes (using the term loosely) I've so far invented. If you'd like to check it out, it's available through this link:
https://www.extasybooks.com/special-collections/scorched-souls/978-1-4874-2517-3-xanthe-and-the-seaman/ - but only if you're 18+!
Posted by Flora at 01:30