Love for a Grown-up Son

Declarations of Love Post 9. Love for a Grown-up Son: Kay and Tom Merriweather from The Kissing Ring 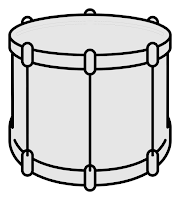 Declarations of love are a staple in fiction and they vary enormously according to author, audience, characters and situation. We mostly think of such effusions as romantic. We hope they're truthful, and we hope (usually) that they'll be made and received in a positive manner. Love's not always romantic though, so not all the declarations in this sub-set will be between romantic partners. This one is a tiny scene between a mother and her grown up son.


Thomas Tambourine "Tom" Merriweather, who is twenty-three and left home some years ago, and who works part time for the same firm as his dad, came to dinner with his parents. The conversation went a little pear-shaped, and Tom was left feeling sheepish. He decided to go back to his flat. His mother, seemingly oblivious to his faux pas, produced an apple pie.

“Not staying for pudding, Tom-Tom?”
“Not today.” Tom went to give his mum a hug. “I suppose it’s no use asking you not to call me that?”
“No use whatsoever,” Kay said.
“Hmph.”
“I wanted to put that on your birth certificate.”
“I know. Tell you what, if I ever have kids, I’ll give them musical names.”
Kay reached up to kiss his cheek. “Your wife might have something to say about that.”


Calling someone by a pet name from childhood mightn't be a declaration of love, but it does represent Kay's kindly impulse to put things back on a normal footing. Tom is her only child and he always carries the tiny silver tom-tom charm she gave him at his baptism